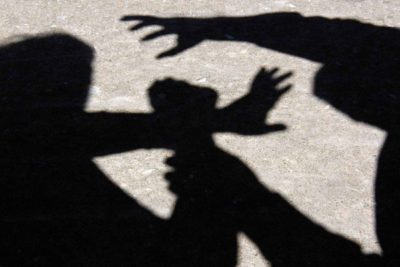 The law on assault offences is set out in the Offences Against the Person Act 1861. There are two different types of assault: common assault and battery. Common assault is when apprehension of immediate unlawful violence is caused. Battery is when unlawful violence on another person is exerted. Successful claims for both common assault and battery must prove that the actions were committed with intention or recklessness. Recklessness is when risk of assault is foreseeable but taken anyway. There is a large burden of proof on the prosecution in order to show intention or recklessness on the part of the defendant.

What happens if you have been charged with common assault and/or battery?

You will be heard in a Magistrates Court. If the attack was racially motivated, it can be heard in either the Magistrate’s Court or the Crown Court.

What is the punishment for common assault and/or battery?

Common assault carries a maximum penalty of six months in prison and/or a fine. A person charged with a common assault first offence is likely to receive a fine rather than a custodial sentence.

Self-defence is the most efficiently used defence for an assault offence. There is a delicate balance which needs to be articulated to differentiate genuine self-defence from retaliation. The force used to defend oneself, or ones family or close friend, must only be that which was used as a last resort and exerted minimally as to not be over exerting force for the sake of revenge. There is a fine line between self-defence and retaliation, and it is best to seek legal advice to make sure your points are eloquently argued. Assault offences are dealt with in the magistrates court and can result in a fine, a community penalty, or a prison sentence up to 6 months.

Where the injury is more than transient and serious, the assault charge is likely to be Grievous Bodily Harm (GBH) or Actual Bodily Harm (ABH) which warrants a much higher sentence. All that is needed to prove GBH and ABH is the intention or recklessness to cause an assault. If tried in the magistrates court, and the court takes the view that 6 months in prison is not a satisfactory sentence, it can refer the charge to the Crown Court which can implement a sentence of up to 5 years. A Section 20 assault carries the lowest maximum sentence of the two GBH charges with the maximum penalty being 5 years imprisonment. A Section 18 GBH assault is the more serious of the two offences as there must be proof that the defendant had full intention to cause serious bodily harm.

At Bloomsbury Law, we understand that no case is the same. If you are seeking advice on criminal defence, or you have been charged with common assault and/or battery, please get in contact with one of our specialists. The punishment for common assault and/or battery can be very serious. We will listen to your case, answer any enquiries you may have, and advise you accordingly to ensure the best possible outcome for your case once we are instructed.

Recent changes to Legal Aid have meant that funding is now very limited for criminal cases, we do not feel that it is possible to represent clients to the standard that we would think is necessary and therefore, we do not therefore offer Legal Aid.

What do I do next?

Contact us online or speak to one of our dedicated specialists on 0207 998 7777 for a free initial consultation. With our vast experience in the field, our bilingual speaking team will work with you to ensure this process runs as smooth as possible. All information you provide us with is treated with the utmost confidentiality.

We will contact you no later than the next working day to arrange a meeting at our offices in London W1 to advise on the agreement.

Back to Criminal Defence