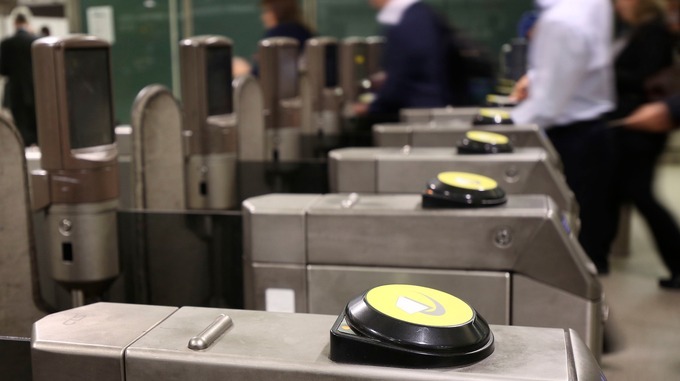 How serious can Fare Evasion be?
Transport for London and many Rail and Bus companies are now operating a no tolerance approach towards passengers who fare evade by accident or deliberately. Although most of the companies suggest that there is a level of discretion, in reality this is often not the case because some revenue ticket officers receive commission upon the amount of penalties they issue and the number of passengers they prosecute. Therefore, it is essential that you are aware exactly how fare evasion may affect you for life.

What is Fare Evasion?
Fare Evasion is the act by which individuals board public transport with the intention to travel and deliberately do not purchase a ticket for part or all of their journey. This is a criminal act which may result in a simple penalty fare or prosecution at Court depending on the severity. Exceptions to this are those who hold a Freedom Pass or Staff Pass. At Bloomsbury Law, we have acted for many clients who have been affected by Fare Evasion and understand the legal platforms which can be used to best represent our clients based on our wealth of experience.

How would it affect you?
Typically passengers who are fare evading will speak to a conductor or Revenue Enforcement Officer whom will either issue you a penalty fare or take your details for prosecution. The penalty fare varies by Rail and Bus companies but it is typically twice that of the cost of the ticket. It is at the discretion of the ticket officer as to whether you receive a penalty fare or face prosecution. Prosecution can have very serious consequences and can result in a criminal record. Having a criminal record may affect your career, studies, travel to certain countries, and even your immigration status. Although both penalty fares and prosecutions can be appealed, it is essential that you seek legal representation at the earliest opportunity.

The Law
There are three statutory legislations that are used to prosecute Fare Evasion offenders. They are the Regulation of Railway Act 1889, the Public Passenger Vehicles Act 1981, and the Fraud Act 1889. The Regulation of Railway Act 1889 deals with passengers who do not purchase a ticket and passengers who purchase at ticket for only part of their journey. The Public Passenger Vehicles Act 1981 deals with those individuals who fare evade on buses. The consequences of both Acts typically result in a fine up to £1,000 and a criminal record. The Fraud Act 2006 deals Fare Evasion for repeat offenders over a significant period of time or tampering with an Oyster or Travel Card.

The Penalty
In the Transport for London (TFL) zone, passengers fare evade by not tapping into certain locations in order to avoid paying the full journey price. For example, if a passenger boarded a train from outside of London into a zone one station in central London without tapping in and alighted in Central London, their Oyster Card would simply charge the capped Oyster maximum upon tapping out as there is no means to know you where you boarded. This offence is consequentially dealt with on a more serious element of fraud. The maximum sentence for fraud under the Fraud Act is 12 months imprisonment on a summary conviction and 10 years on conviction on indictment.

New Methods of Payment
TFL has also introduced the contactless card payment which allows individuals to use their bank cards to pay for their journeys as they did with their Oyster Cards. This alleviates the excuse that is commonly used of not being able to top up Oyster Cards. Unfortunately, there are still problems with this new payment form as it has become exceptionally difficult for conductors and revenue officers to check if the payment has been made as the payments are run through the bank and not processed immediately. Inspectors have now started using a special Revenue Enforcement inspection device in order to check that the contactless fares have been paid. Therefore, contactless cards also must also prove their journey in some form.

Current approach applied by Bus and Rail Companies
There seems to be inherent inconsistencies between Bus and Rail companies and the zero tolerance rule. Although all the Bus and Rail companies maintain that there is always a level of discretion, some of them offer commission on penalties which undoubtedly influence their discretion. An example of this is when Southern Railway prosecuted John Wilson for being in the first class carriage, despite him holding an annual rail pass and the train being at full capacity. As he was late for work, he went into the First Class Carriage as the train was overcrowded and there was no room anywhere else. Mr Wilson was prosecuted despite his circumstances. The Magistrates dismissed Southern Railway’s case and Mr Wilson was only fined £44 for travelling without the correct ticket in a First Class Carriage. London Midland states they use discretion to ask the individual to leave or pay for the ticket in full. London Midland Revenue Enforcement Officers do not receive commission on penalties given and may arguably be able to offer a more genuine display of discretion.

Regardless of the nature of these offences, they are alleged to cost train operators approximately £210 million a year according to the Association of Train Operating Companies. Bloomsbury Law have settled many cases out of Court with small compensation payments. However, many cases of fraud have been settled out of Court by others for extortionate fees. In 2014, Jonathan Burrows paid £43,000 for repeated Fare Evasion over a period of 5 years in order to avoid obtaining a criminal record. In 2015, Peter Barnett, a barrister, was accused of also avoiding payment of fares by not tapping in from his station and only tapping out. His is alleged to owe £23,000 in unpaid fares (the case is still ongoing). Understandably, Bus and Rail companies strive to get their money back through prosecution but at Bloomsbury Law we aim to achieve settlements out of court as cost effective as possible for you.

How can we help?
While it is important to balance the justice between the deserving train companies and the potentially mitigating circumstances of our clients, at Bloomsbury Law, we have worked on many Fare Evasion and fraud cases and are experts in finding solutions.

At Bloomsbury Law, we are not only experts in the field of Fare Evasion, but we are sensitive to the fact that all cases are different and the circumstances that our clients find themselves in. We are able to provide you with confidential advice in order to make sure the process runs as smoothly without delay.

We understand that Fare Evasion may affect your career, studies, travel and current immigration status so we strongly advise those with queries on Fare Evasion to call Jamil Ahmud at 0207 998 7777 for a free initial consultation or contact us via email and we can arrange a call back.